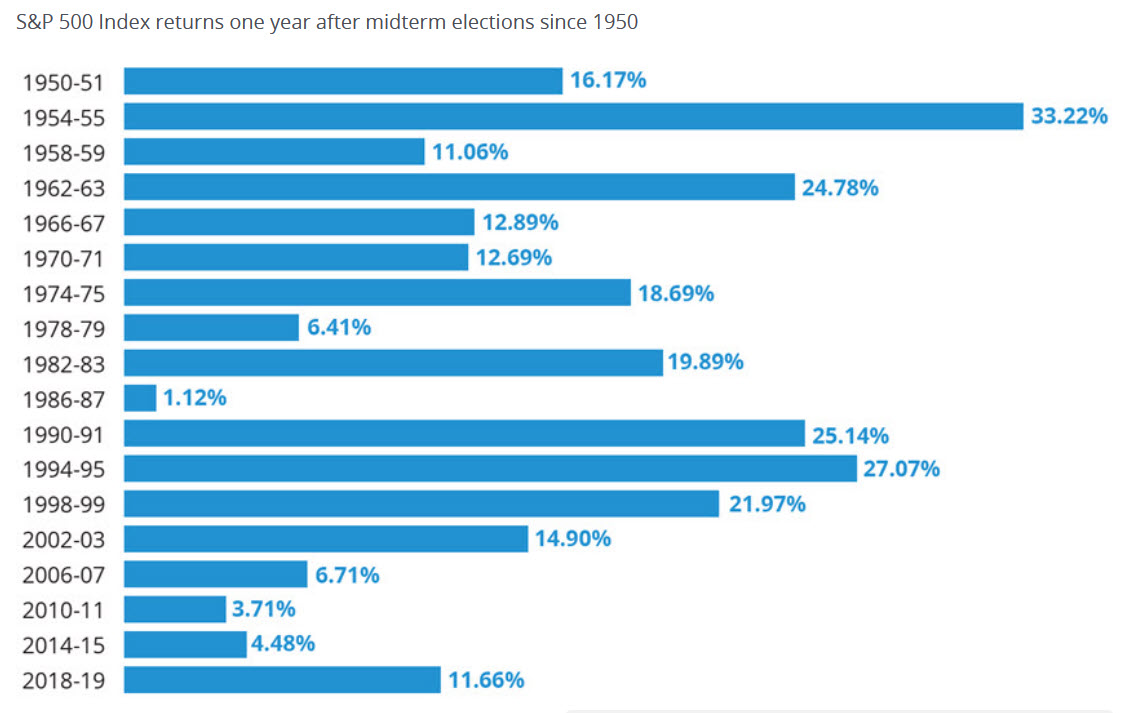 Why is this? "Post-election outperformance is often driven by the market's expectation of increased government spending from a new Congress," says Liz Ann Sonders, Schwab's chief investment strategist. "But an additional infusion of funds seems unlikely this year, given the government's historic levels of spending and stimulus in response to the pandemic"

Other perspectives say that equities tend to disappoint in the years before the election and that once anxiety about potential policy changes post-election subsde that there is a reversion to the mean.

Irrespective of the reasons, there are no guarantees of this pattern repeating. Government spending is likely to remain modest while inflation is being reigned in. Rates are likely to increase into early next year and no one knows when rate hikes will come to an end. The Federal Reserve has acknowledged a "lag effect" of rates on the economy and as a result may be more conservative with the ammount of future rate hikes.

Employment numbers remain robust in October even if the majority of increases were for lower paid jobs. However, technology companies such as Twitter, Amazon, Facebook and others are indicating job layoffs are coming. The lag effect may start to show the signs of coming into effect as we go into next year. The most immediate sector where slowing has been noticeable has been the housing market.

QT or tightening of monetary policy in combination with the rising cost of credit will seep steadily into the economy. There are still too many unknowns and uncertainties as to the timing of the impact of the Federal Reserve's actions and the extent of the medicine required to slow the economy and for inflation to subside.

Proof Positive or Not? The Fed, Rate Hikes and Dis...
Market Forces, Cycles and Financial Mechanics