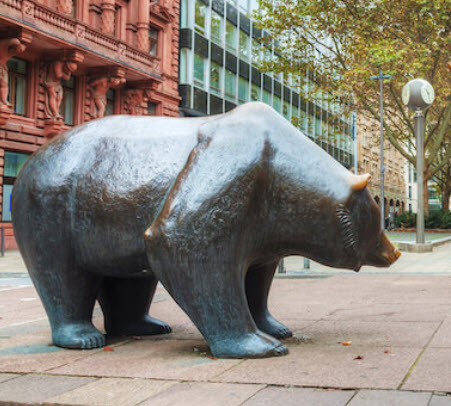 Markets are cyclical. That is an undisputed fact backed up by hundreds of years of statistical proof. Capitalism is known for it's boom/bust cycles, periods of market expansion fuelled by cheaper credit followed by recessionary forces, tightening fiscal conditions and economic contraction. In recent years we have seen the lowest rates in US history coupled with the greatest injection of money into the economy in US history to avert the COVID induced economic global crisis.

The impact of supply chain disruptions, demand/supply imbalance, labor shortages, higher wages and QE squared has been the most feared outcome of all to economists, namely "Inflation". Inflation left unchecked destroys the economic fabric and "value" of currency in a country. As the word's reserve currency, the Federal Reserve will do whatever it takes to bring inflation to heel.

We have gone from record low interest rates of less than 1% to over 4% in a comparatively short period. 30 year mortgages have hit a new recent high of 7%. Just over 18 months ago you could get a 30 year mortgage for 2 -3% depending on your credit. The substantial rise in rents, food, energy, cars and most goods and services over the last three years are not a mirage. The poor and middle classes are significantly affected by this.

The big unknown is how far the Fed will need to go in the midst of all other core demand/supply issues to bring "inflation" to heel and how long will it take?

These unknowns will shape the market narrative in the next 6-12 months. The Fed mandate to bring inflation under control is non-negotiable. How high can rates go? Market forces are aligning to slowing the economy. However, the higher rates need to go to bring inflation to heel, the more pronounced the slowdown in economic growth will be.

We are now paying the cost of the market forces that resulted from COVID and the financial mechanics - over 30 Trillion dollars of QE worldwide - that was exercized to navigate through the COVID crisis. We are now transitioning to a climate of QT. The UK for example just received a rude wake up call. The Truss Financial Plan to cut taxes with no way to pay for it other than the printing presses was met with a serious market financial crisis and loss of confidence in the pound and government that forced her hand to fire her finance minister and eventually resign herself.

We are in unknown territory. How long will this bear market cycle last and how "severe" it will be is an "unknown" that only time will tell.