Efficient or Innefficient Markets - Which One Is It? 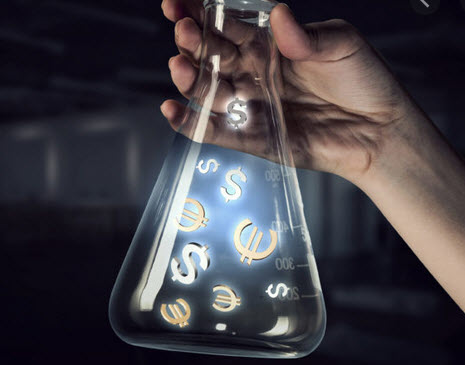 What Is the Efficient Market Hypothesis (EMH)? Is it True or False, Half-True or Half-False?

The efficient market hypothesis (EMH), also known as "efficient market theory" states that share prices reflect all known information in the current moment and that ergo they are valued fairly. This in turn infers that consistent alpha generation cannot be achieved and that it is also fruitless to try and beat or out-perform the markets.

According to the EMH, stocks always trade at their fair value. Therefore, expert stock selection or market timing is a myth being chased by investment bankers, analysts and brokers at the expense of investors. Why should Wall Street be paid high fees if they are not outperforming the market. EMH states that the only way an investor can potentially beat the market is by making riskier investments. A low cost ETF or balanced fund that tracks the market is all that most investors need.

EMH or efficient market hypothesis fails however to take one key factor into account, namely human beings. Human beings are not rational. Stock market or housing or art bubbles and busts are littered along the path of progress in human history. They come and go. They repeat, again and again. We can probably go back a lot further in history to illustrate this point but we will start with what was referred to and more commonly known as "The Dutch Tulip Mania" in the 17th century when tulips reached absurdly inflated prices and then collapsed in 1637. Fast forward to the roaring 1920's and crash of 1929 and then to the dot.com bubble leading up to 2000 and the housing bubble of 2007. You get the point. Every one of these bubbles was fuelled by human "greed" and an infinite supply of hope that things would keep getting better or that stocks or property would go higher and higher. Not exactly rational given that the battle hardened and tested "theory-not" of "market cycles" which states that all markets whether it be commodities, stocks and collectables move in cycles.

The "herd" mentality is real. It is what in part leads to huge booms and huge busts. Staying rational when you are either making money or lossing money at rapid rates is not possible for most humans. People rush-in and rush-out. Staying the course, staying rational and setting human motion aside is difficult, very difficult and rare.

Human deviation from the norm is the norm. This is hardly efficient. Eventally all bubbles or busts come to an end. The period of time for rational heads to prevail is always an unknown factor. That makes market timing challenging. That being said fundamental and technical analysis also play a part in the market. Patterns play out in the markets and people pay attention to these patterns such as support or resistance points in a market. These points along a chart tell a story. Sometimes the fundamentals of a company are completely ignored for long periods of time and then suddenly out of nowhere the "value gap" is recognized. Large funds often hunt in packs, so when bigger institutional or hedge fund money moves in, it rarely moves alone and this wave of investment into a stock moves stock prices up and likewise when it moves out of a stock it moves the price down.

Efficient markets are often highly inneficient and investors who can spot divergence in "value" to the upside or downside, can make market beating returns. Warren Buffet and his Berkshire Hathaway fund has proven this since its inception. Outperforming the market requires uncommon perception and nerve because it often means going against the grain of prevailing throught and that is hard for most people to do. Most inventors, ground breaking science or companies were driven into life by people who were willing to do likewise, so why not in the financial markets as well.

The current mood and cry on Wall Street is that the economy is recovering, the economy is recovering! science will prevail, we have hit the bottom. Perhaps so, except 47 million unemployed is not a small number that can be swept under the carpet and neither can a pandemic that has yet to find a vaccine or effective treatment and then distribute and administer it to a global population. Millions of retail businesses are having to operate more cautiously observing social distancing with their customers. That will impact sales inevitably. Is the Wall Street rallying call too optimistic, irrational even?

Robert Shiller, the Nobel Prize-winning economist, told CNN Business that this backdrop of rising risks and surging stock prices leaves the equity market "vulnerable" to a setback.
"This is like a fire bell in the night. This moment. Suddenly seeing rioting in cities all over the country," Shiller said, quoting Thomas Jefferson's famous 1820 description of the extension of slavery in the Missouri Compromise as something that filled the founding father with "terror." "I don't think standard economic models are much good at forecasting right now," Shiller said.

Shiller, the author of "Irrational Exuberance," said many investors have FOMO, or fear of missing out, because they didn't participate in the last bull market: "They remember not catching it last time."

Joe Brusuelas, chief economist at RSM International, said he can't recall a time when the disconnect between Wall Street and the real economy was this great.

A recent bloomberg article headlines caution ahead. Corporate debt and downgrades are at record levels: "Wall Street Warning to Corporate America - Get Cash While You Can"

But does it matter? If markets are going up why fight "traffic"? Ride the prevailing winds up and exit when the winds begin to die down. That requires a rational mind and liquid pockets. As one famed investor once said "The markets can stay irrational far longer than you can stay liquid"

It's hard to see Wall Street moving to new highs in the very short term, but it could. However, If the rationale for such valuations however is not supported by the numbers or the market outlook, the market will inevitably reflect that.

Is that efficient? Is EMH True or Half-True or just Half-False? For investors who can see through the weeds, human nature will always present opportunities.

Science, Markets & Reality. Who is on First?
US - China Tensions. The Battle For Global Suprema...

Saturday, September 24 2022 Recent Trends in GDP and Consumer Demand
Friday, September 16 2022 How Much Medicine is Enough to Shift Away from the Inflation Narrative?
Thursday, August 25 2022 Will The Fed Doctors Administer More Medicine to Cool the Economy?